Added to wishlistRemoved from wishlist 0
Add to compare
Tech 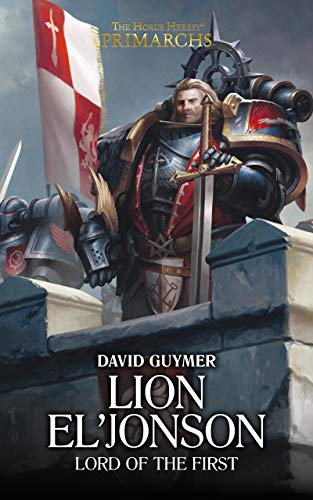 Book 13 of the Primarchs series

As the Emperor gathers His sons for an assault on Ullanor, the Lion instead battles on a world far from the light of the Imperium. What secrets lie there, and what do they mean for the Dark Angels?

The Dark Angels have their secrets… and their primarch is no exception. Discover what the Lion was up to while the Great Crusade came to an end.

Each primarch is an exemplary being, derived from the Emperor’s own genetic stock to embody a facet of His personality. Their powers are unfathomable, but only one of them is the First. Lion El’Jonson is the paragon of what it is to be a primarch. His Legion, pre-eminent for most of their long history, typify the virtues of temperance, pride, and martial excellency that the Lion embodies. They are the Emperor’s last line and final sanction. They are His Dark Angels.

Now, while the Emperor gathers His mightiest sons for an assault on Ullanor Prime, the Lord of the First instead draws his Legion to the farthest reaches of the known galaxy, seeking to subdue a single rebellious world. Is this but another example of the Lion’s infamous pride, or is there more afoot amidst that graveyard of empires that is the Ghoul Stars, more than the Lion will share even with his own sons?

Be the first to review “Lion El’Jonson: Lord of the First (The Horus Heresy Primarchs Book 13)” Cancel reply