The Fitness Mindset: Eat for Energy, Train for Tension, Manage Your Mindset, Reap the Results

The Skeptic’s Guide to Sports Science: Confronting Myths of the Health and Fitness Industry 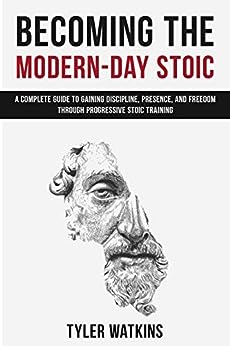 “Then what makes a beautiful human being? Isn’t it the presence of human excellence? Young friend, if you wish to be beautiful, then work diligently at human excellence. And what is that? Observe those whom you praise without prejudice. The just or the unjust? The just. The even-tempered or the undisciplined? The even-tempered. The self-controlled or the uncontrolled? The self-controlled. In making yourself that kind of person, you will become beautiful— but to the extent you ignore these qualities, you’ll be ugly, even if you use every trick in the book to appear beautiful.” —EPICTETUS, DISCOURSES

“Every habit and capability is confirmed and grows in its corresponding actions, walking by walking, and running by running . . . therefore, if you want to do something, make a habit of it, if you don’t want to do that, don’t, but make a habit of something else instead.”– EPICTETUS, DISCOURSES

This book has two parts.

Part 1 is a primer on the “art of living.” It introduces timeless principles and practices, developed over millennia, potentializing us to be better human-beings and live better lives. Wisdom can be found in many places, but here we concentrate mainly on principles from the ancient Greek school of stoicism. The stoic school was built as a practical guidebook to the art of living. It was meant to help people live in accordance with the Socratic virtues, which still form the moral base of our western society 2500 years later. The principles and practices of stoicism form, in many ways, the foundation of cognitive behavior therapy (CBT), a modern psychotherapy used to help maximize happiness and satisfaction with life. The stoics thought it was impossible for us to fully embody the ideal man; however, making the attempt was the goal of life. Their principles have stood the test of time, meaning their effectiveness won’t change in our lifetimes, and for that reason they’re as good a candidate as any to use as the foundation on which to base our lives.

Part 2 is about habits. Those unconscious behavioral patterns that run our lives. We must learn to develop and break habits so we can incorporate stoic wisdom as permanent behavioral change. Becoming wise and living a better life isn’t done with the acquisition of knowledge; it’s done only when we’ve modified our daily behavior for the long run. As you’ll learn in this book, this can be done systematically through progressive training and with the use of a habit implementation framework.

Be the first to review “Becoming the Modern-Day Stoic: A Complete Guide to Gaining Discipline, Presence, and Freedom Through Progressive Stoic Training” Cancel reply